You strike me as modern science’s Hildegarde of Bingen.

Serene jones, President of Union Theological Seminary and author of Call it grace

Luciano Floridi, philosopher, man of many words, and prized expert in Information ethics

Of your challenge to physics, you may well be right, but I’d lose a lot of friends if I said so.”

I’m looking at a periodic table from another galaxy, translated into Sanskrit.”

Max Borders, author of The Decentralist: Mission, Morality and Meaning in the Age of Crypto

I do believe you must be an anarchist in the vein of Feyerabend!

Steven Gimbel, beloved Philosophy of science educator and Author of Getting high minded about love and Haight

The base of the invention is a system of complex ordinates with algorithmic parameterizations as well as natural language mappings. The 176 complex ordinates are comprised of 12 core hexordinates, 108 relational hexordinates, and 28 each of meta triordinates and tetraordinates. Characterization within the ordinate system is achieved through 40 layer identifiers, 10 join types and 12 geometric relational positions. All natural language can be mapped, or interlinked, to it through contemplation, associative computing, and everything in between.

I first documented the ordinate system, in full, as well as an initial linguistic mapping in late 2015 during a six-week unfolding of daily pre-dawn inspiration. Tracing its origins in my intellectual development is complex, though I am inclined to point to Rene Thom’s Structural Stability and Morphogenesis, which I read around 1994, as the starting point of my earnest passion on emergence ontologies. My earliest memory of engagement with complex systems was in college a few years earlier, learning of G.E. Hutchison’s n-dimensional hypervolumes in niche theory.

The unique conceptual seed of the invention is a quasi-mystical interpretation of flux level phenomena that I documented in the early 2000’s. By quasi-mystical, I mean that despite being based in well-understood physical and cosmological phenomena it is easily mistaken for pure mysticism. Thus, what I refer to in short as my “novel view” remains a highly controversial and as of now esoteric facet of my work, contributing to perhaps undeserved skepticism about the invention, which fulfills a long-awaited prophecy present in many cultures and traditions.

Between 2004 and 2014, I worked on staff in academia, child-reared, and navigated consecutive marriages, leaving my efforts to build on this novel view latent in my imagination.

The invention began its genesis in 2015, and latency begone! In early 2016, I distributed to just a few people a first collection of algorithmic output — figures and descriptives –of what I had started to call ONT. Fundamentals of ONT (email series) and ONT Screenshot Collection (ebook) were distributed to a limited number of people during 2016 as well.

In 2017 I left academia to be a full time creative and homesteader. I sought funding for my ONT-inspired independent work through Templeton Foundation for “Mirror for your thoughts” digital search tool, but was not successful. I did bring to bear a self-funded – thus anemic – MVP in 2018, now known as Journey!

In 2019, I originated and began incorporating “The Glyph” geometry into the invention’s algorithmic parameterization, including exploring its complex geometrics and implications for mapping to other systems figuratively as well as linguistically. Again I applied for funding from Templeton Foundation. The project I unsuccessfully proposed was “Enhancing interdisciplinary capacity in subject area experts coached to engage relational meanings and contemplate partiality.”

Starting in early 2021, I was recruited to engage in volunteer collaboratives and eventually consulting work within emerging Web 3 organizations on the controversial subject of meta-ontology.

I am now seeking to integrate my six-year experiment as an invention with provisional patent protection with USPTO and titled “Content integration ontological design algorithm.” The purpose for putting the provisional patent in place is so I can more openly discuss the specific configuration of the algorithm without risk of losing potential protections, including that companies can be charged to participate.

In Feb 2022, an invitation to participate Future of Life Institute’s AI World Build 2045 contest came across my desk. I saw in that the opportunity to “build” proof of concept for the invention by carrying it through logically as the nature-resonant emergent source for artificial general intelligence (AGI) of the future. To begin my research into the current potential for future AGI, I first read Max Tegmark’s Life 3.0, then, Pedro Dominigos’ The Master Algorithm.

That’s when I realized 1) a master algorithm is what my invention is and 2) the cat is already out of the bag, so to speak. Web 3 types with their pain points around meta-ontology are not just dreaming. Mainstream machine learning types already understand that a master algorithm is possible and has the potential to disrupt everything for the better.

Update, June 2022 — I have learned of the modern physical and mathematical framework known as shape dynamics, including the work of Julian Barbour, whose most recent book is The Janus Point (2020). It’s my view that his work on defining time as complexity is strongly resonant with my own novel view (of the cosmological energy density and pressure relationship) of 20 years past. I see them as complementary approaches — mine highly intuitive and arising from phenomenology; his highly analytic and arising from the abstraction possible with space dynamics; pointing to identical conclusions. Recall that novel view is the seed of the “Content integration ontological design algorithm” invention. I am especially curious to learn more about Barbour’s approaches as I appreciate how harmonics and geometrics are understood to be salient features of space dynamic.

Sampling of the Application

For an invention, a written application is required, whereby it is documented in a way that someone with ordinary knowledge of the subject matter could understand, re-create, and put to use. Diagrammatic drawings play an important role. Below are some excepts from the in progress application.

BACKGROUND OF THE INVENTION

The present invention is an algorithmic design ontology expressed as a collection of tables and functioning as a content integrator, where content refers to any set of locatable, structured data.  Integration occurs at the level of inter-relationships among content tagged in accordance with the invention and present in any variety of locations and sources. Its complex relational structure achieves integration for content across both centralized and decentralized networks that employ its various unique identifiers, parameters, and other facets of the invention.  The invention integrates through joining objects in algorithmically related categories, relational structuring, and a variety of dynamic natural, formal, and figurative associations such as languages.  A multitude of integrated content may be compiled and interacted with in the form of queries and access to digital libraries of tagged content and each tag’s associations in relation to the invention.

BRIEF DESCRIPTION OF THE DRAWINGS

DETAILED DESCRIPTION OF THE INVENTION

… [concluding statements only are provided below]

The advantages of the present invention include, without limitation, the potentiation and actualization of computationally cyclic, linear, non-linear and scaling processes like those that naturally affect content of all kinds, including that outside of digital landscapes. While logically complementary to both natural systems and human thought, the integrations possible using the invention are not possible for the human mind to carry out to the necessary degree to achieve said benefit without computational logical enhancement and digital storage.  A variety of complex patterned and scaling functions being algorithmically implemented and actively used in content parameterization gives rise to systems where not only content but their complex contexts are locatable, replicatable, and networkable.  The current invention improves on current systems which have the limitation of logical tags that are not necessarily algorithmic and are intentionally limited to achieve context- and focus-limited benefits.

The invention benefits humanity by providing a foundation for content integration that makes possible unity logic and collective language tools.  Transcendent qualities arise from the invention’s alignment with naturally emergent qualities of existence.  Referents and referent networks have access to relevant content (including natural language enhancements) that acquire dynamic and layered qualities that develop and function through scaling, autocatalytic processing, feedback patterning, and non-linear pattern recognition.  Moreover, the integrated experiences of content that emerge from application of the invention enhance felt experience, conditions of Being (as in, the foundation of philosophical ontologies), and shared reality.  Being inter-linked to verbal expression, the invention makes content readily mappable (locatable) to things outside the metaphorical linguistic maps in our heads, like specialized languages, historical contexts, synonym databases, cosmologies, and a multitude of other relevant material. …

In broad embodiment, the present invention is a collection of parameters, identifiers, values, and related natural and formal language expressions set out in tables and which can be enacted in a multitude of digitally interconnected locations as a ontological design algorithm applicable to diverse content. 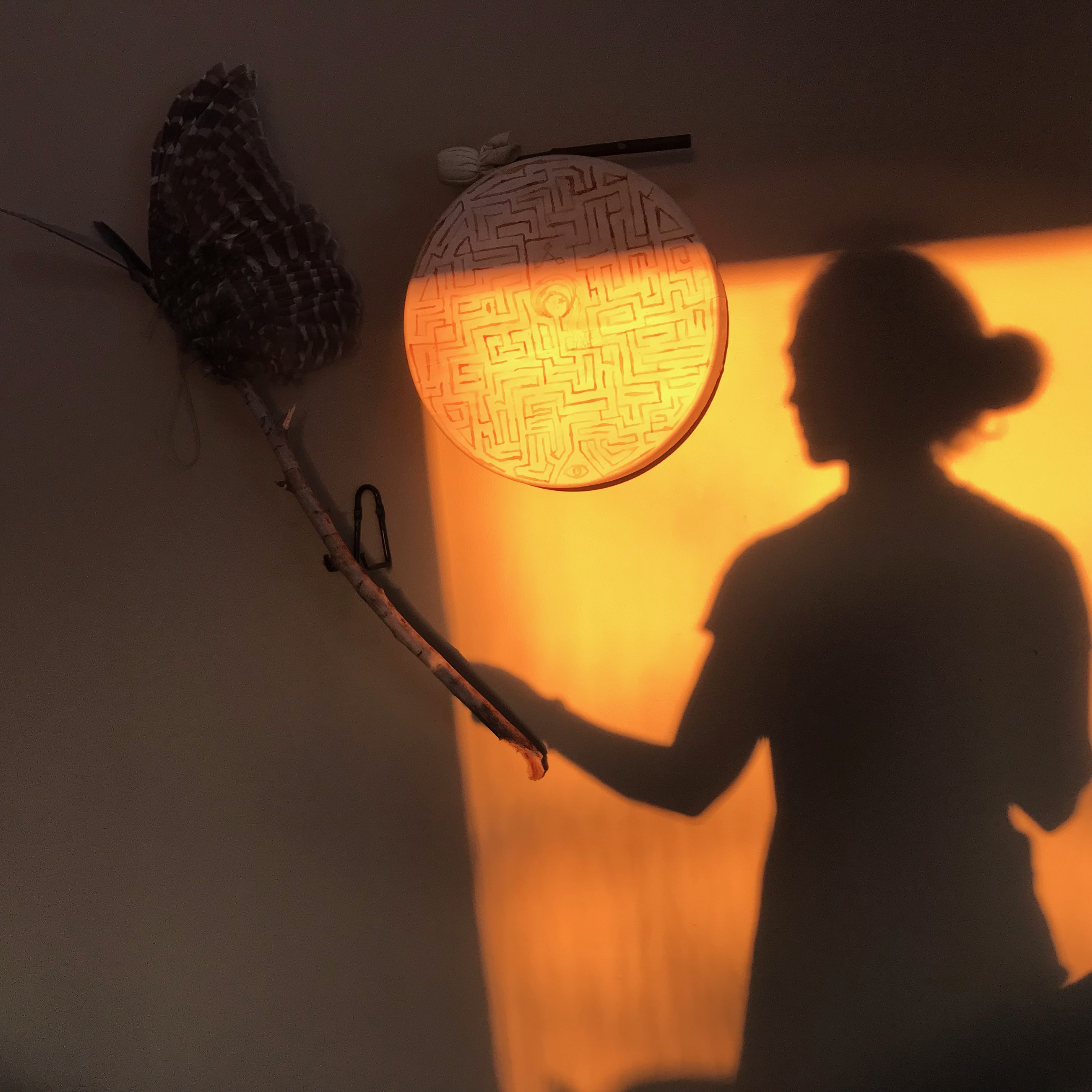 It’s not Like nothing you’ve seen before! but rather, it’s Not unlike anything.